I think we can all agree that setting plays a major role in a story. In some ways, it can take on a life of its own and become a character of sorts. This is especially true when the reader is familiar with the place, whether it be from a past visit, or the fact that they’ve spent a portion of their life in that location. Setting often sparks the mood, creating an atmosphere that saturates every other aspect of the story. C.V. Hunt’s MURDER HOUSE is one such story. Propelled by the setting, and carried along by authentic moments of darkness, fear, and despair—this one creeped into my mind and crawled under my skin. 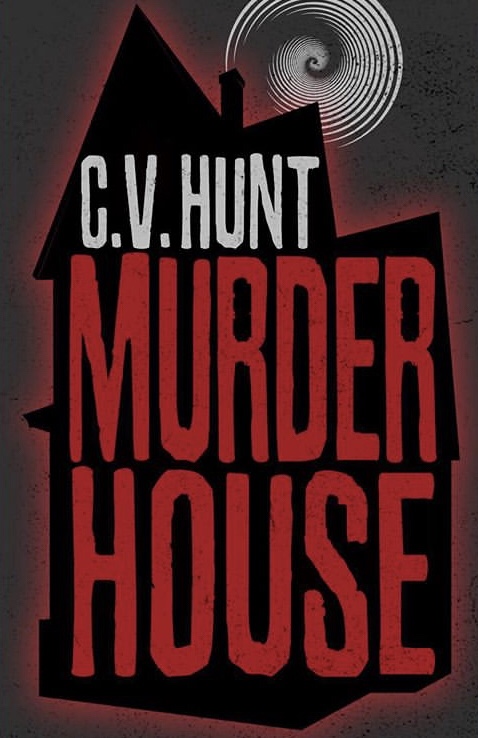 There’s a reason I want to discuss setting first. It’s always a part of my connection to a book, but in some cases it’s more intense than others, and that’s what happened here. This story is set in Detroit, which leads me to this assumption (one I feel safe to make): if you’ve never been there, one of the first thoughts to pop up in your mind when the city’s mentioned is urban decay. Even if you’ve spent a fair amount of time in the city, you’re aware of its overlooked positive qualities, but you can’t deny this reality. As someone who has experienced Detroit firsthand, I always feel the need to point out that there are many wonderful aspects of this city that you won’t learn about from the media. That being said, the urban decay and the accompanying feelings it evokes make for one hell of a setting for dark fiction. As soon as I opened this book and realized it was set in Detroit, I was intrigued.

This story pulled me in from the beginning, with a snippet of the “Murder House” history, and then I was drawn in further by the dysfunctional dynamics of Brent and Laura’s relationship. The tension between these characters coupled with the description of their arrival at the house gave me a sense of unease that continued throughout the story. I developed empathy for Laura’s character early on, and I felt a sense of authenticity in the writing, which means a lot to me when connecting with a story. Some parts of this story contain simple and straightforward descriptions of the unfolding events, but it’s also peppered with deep insight into the main character’s mind, exploring topics such as mental illness and poverty.

The creep factor is high in this story, but it’s not all in-your-face. Sometimes it’s subtle. There are some detailed descriptions of the house’s condition and some scares that stood out. Let’s just say that between the basement, attic, and tunnels, I was left with some serious unease (even more so after finishing the book and thinking it through). While there are moments of gore and intense shock, these are well-balanced with more subtle psychological horror woven into the entire thread of the story. I found some ambiguity in the meat of the story and at the ending. Earlier on this left me wanting more insight into Brent’s experience and his mindset. However, by the end, I felt like the unknown aspects added to the reading experience and made more of an impact on me.

I will tell you this—I think readers will do well by taking their time with this story. Don’t rush it, and take in all the details. At the end I found myself flipping back to review earlier parts of the story, and I had little “Ah ha!” moments where some of the pieces fell into place. I’m still not quite sure exactly what led to the madness, but I’m not sure we’re meant to have all the answers in this one, and it works. This story has been swirling around in my head for a couple of days now, ever since I put it down. To me, that’s one sign of a job well-done by the author.

I’m such a big fan of stories in which setting plays a big role. Subgenres within horror such as southern gothic and Appalachian noir really get under my skin in the best of ways. I think with MURDER HOUSE, we have a tale of what I’ll call “Great Lakes Grit”, and I’m here for it. It’s raw and real in the best way, and an excellent portrayal of madness and decay in both a physical and mental sense. After basking in the book hangover that this one provided, I think it’s safe to say that I give it 5 stars.